Founded in 1960, Swanson Flo has long maintained our position as an industry leader in process automation with unmatched project success leveraging industry preferred products and services.

For the fourth consecutive year, pressure and temperature instrument manufacturer Ashcroft, Inc. named Swanson Flo of Plymouth Minnesota the Ashcroft "Distributor of Distinction" for 2016. This award recognizes and honors Ashcroft Distributors who deliver exceptional growth, revenue, and commitment, and stands as Ashcroft's most respected and highest honor for their Distributors.

Swanson stood out from the pack in 2016 with a 17% increase in bookings over their previous year, despite a very tough economy for industrial distribution. Swanson Flo attributes the increase to their focus on developing new business at targeted accounts, increasing the size of their sales force, and turning up new applications at existing accounts. 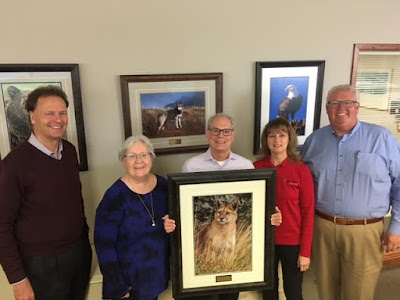 Fluid flow control in a process can present a number of challenges, large and small. In addition to selecting a properly sized control valve, your choice of trim design can contribute noticeably to overall positive performance. One candidate for fluid flow control is the sliding gate valve.

The trim of a sliding gate valve essentially consists of a fixed disc and a movable plate installed directly in the flow path. The disc and plate have precisely located and sized perforations, slots, or other openings. The valve actuation mechanism slides the plate across the face of the disc, progressively changing the alignment of the openings in the plate and fixed disc. This type of design can bring some benefits to the process and user:

The video below provides a clear illustration of how the sliding gate valve trim works, through animation and exploded views of the valve components. Share your fluid flow control challenges with a valve specialist and combine your process expertise with their product application knowledge for an effective solution.

The new transmitter provides reliable level measurement of solids or liquids, even clear liquids. The laser ranging technology is packaged with features required by industrial applications. Currently, three variants include housings for general industrial applications, as well as another for high pressure and one for hygienic installation.

The video blow provides a clear overview of the benefits that accrue from selecting this technology for your next project. More information is available from application specialists, with whom you should share your requirements and challenges to develop effective solutions.