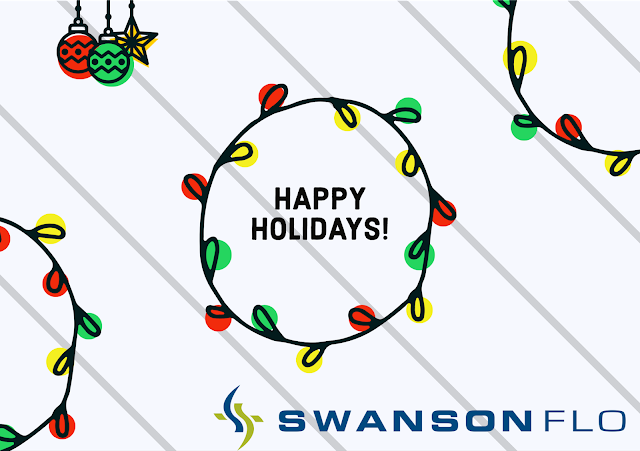 A time of peace, a season of wonder and joy... We wish you all the best during the holidays and through the coming year, from your friends at Swanson Flo.
Posted by Swanson Flo

Today, beer is one of the oldest beverages humans have ever produced and has spread all over the world. It is a product valued by its physicochemical properties as in its quality and traditional link with culinary and ethnic distinctiveness.

Many types of valves are commonly used in a brewery to regulate the flow of fluids throughout process pipes in a plant.

One type is the diaphragm valve, in which a soft diaphragm is pushed against a bell-shaped feature using a mechanical screw . This mechanism allows gas or liquid flow to be controlled within the valve’s total variability, but the flow pressure tolerances are fairly tight.

The butterfly valve is the next most commonly used valve in breweries due to its compact design and wide pressure and flow tolerances. It consists of a metal disc which rotates within the body of the valve and closes against a rubber seal. Its flow-through design makes it easy to clean.