Flowserve Valtek offers packing in many different types, styles, and materials for a wide range of applications. One thing they all have in common is that they require periodic adjustment to ensure optimal performance. Adjusting packing is a necessary and important valve maintenance practice. Neglecting packing can lead to a leak path formation that may be impossible to repair without packing replacement. Packing leaks should be addressed as soon as possible to ensure safety and optimal reliability. This video demonstrates basic packing adjustments and procedures.

For more information about Flowserve Valtek valves, contact Swanson Flo by calling 800-288-7926 or by visiting https://swansonflo.com.
Posted by Swanson Flo

We Honor the Men and Women Who Perished Protecting Our Freedom 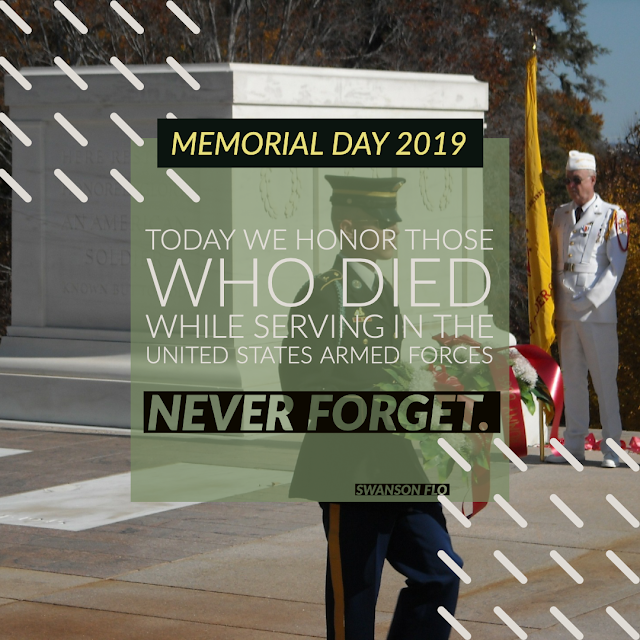 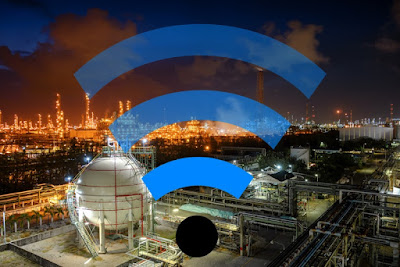 Using a wireless system can result in an efficient supply of networking resources to field devices. The system facilitates an effective exchange of data between the host server and the field devices in the industrial setting.

Only a few industry-grade wireless field sensors have been offered so far in the year 2019. The reason for this is mainly a lack of information regarding its benefits. Once the cost-saving aspects of wireless networking become known in the industrial setting, it will likely spur the demand in the market and lead to an influx of innovative wireless devices for different field applications.

Benefits of Wireless Networking Systems in the Industrial Setting Explored

Wireless technologies offer great value over wired solutions. A reduction in cost is just one of the many benefits of switching to the wireless networking system. There are many benefits, including enhanced management of legacy systems that were previously not possible with a wired networking connection.

Here is an overview of some of the value-added benefits of adopting wireless networking in industrial plants.

Savings in installation costs is the key benefit of a wireless networking system. The cost of installing a wireless solution is significantly lower as compared to its wired counterpart.

Installing a wireless network requires less planning. Extensive surveys are not required to route the wires to control rooms. This reduced installation cost is the main reason industrial setups should consider going wireless instead of having a wired networking system.

Adopting wireless networking also results in improved accuracy of information. The wireless system is not prone to interferences. As a result, the system ensures consistent and timely transfer of information from one node to another.

Enhanced flexibility is another reason for deploying wireless networking solutions in an industrial setting. Additional points can be awarded easily in an incremental manner. The wireless system can also integrate with legacy systems without any issues.

Migrating to wireless networking can help in improving operational efficiencies as well. Plant managers can troubleshoot and diagnose issues more easily. The system facilitates predictive maintenance by allowing the monitoring of remote assets.

Another critical factor that should influence the decision to migrate to wireless networking is the human safety factor. Wireless technologies allow safer operations, reducing exposure to harmful environments. For instance, a wireless system can be used in taking a reading and adjusting valves without having to go to the problematic area to take measurements.

Another advantage is that the time required to reach a device is reduced. This results in a more efficient transfer of information between network segments that are geographically separated. The industry wireless networking standards use IP addresses to allow remote access to data from field devices.

With wireless networking systems, readings can be taken more frequently that can help in early detection and reduction of possible incidents.

The ISO100 standards committee has introduced a whole set of new standards for wireless communication in industries. The first standards include the ISA100.11 that pertains to processing data transfer while fulfilling limited control needs in the industries.

ANSI and ISA have adopted the ISA100.11a standards for wireless communication in process industries. However, the standard has yet to pass through the international IEC standardization. This is due to the fact that ISA100.11a and IEC’s WirelessHART standards address the same market.

ISA100.11a is based on IEEE 802.15.4:2006 standard, similar to WirelessHART with 15 to 16 channels in the ISM band 2.4GHz range. However, the former can be used for a wider networking application in the industrial sector such as peer-to-peer messaging and network segmentation.

Each segment in the network may use a distinct hopping pattern, unlike the WirelessHART. Moreover, the network segment has a dedicated time slot that results in the formation of large networks with overlapping segments.

Another important point to note is that the ISA1001.11a wireless networking standard for industrial process makes use of mesh networking, which is similar to WirelessHART. However, the standard also allows devices at the network’s edge to not route information to different devices. This results in increased security that prevents unauthorized access to networks.

While not being technically different, the details of the two standards set them apart. However, the IS100.12 is already in development, and it will reduce the divergence in specifications between WirelessHART and ISA100.11a.

Industrial wireless communication technology is a work in progress. A lot of work is required to address specific technical challenges for adopting the networking solution. Some of the challenges include evaluation and communication of the wireless technologies that are available for industrial concerns.

Another challenge in the adoption of wireless technology is solving the issues of latency or time synchronization. This is important to ensure the reliability of data transferred in the industrial setting.

Based on the challenges identified, here are three key suggestions for implementing wireless technology in the industrial setting.

Wireless networking is an enabling technology that can result in improved operational efficiency in the industrial systems. The technology can improve control and safety and lead to enhanced cost savings.

For more information on industrial wireless networking, contact Swanson Flo by calling 800-288-7926 or by visiting https://swansonflo.com.