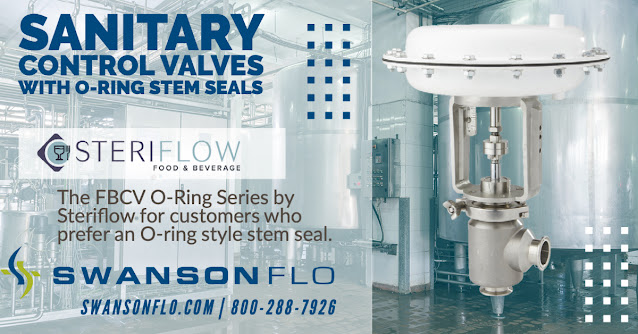 The Steriflow FBCV O-Ring Series meets the rigid specifications for sanitary process control valves for customers who prefer an O-ring style stem seal. This valve series is suitable for various cosmetic, dairy, and food and beverage industries. Conforming to 3A guidelines, the FBCV is ideal for a wide range of flowing media in sanitary systems' utility and process areas.

The FBCV-OR's high rangeability, characterized trim, high capacities, superior temperature and pressure ratings, and a selection of sealing methods make the sanitary control valve ideal for liquid, gas, and steam services. Whether the need is to control pressure, temperature, flow, pH, or another variable, the FBCV is the correct valve for your process.

Swanson Flo maintains our position as an industry leader in high purity valves and instrumentation by partnering with the world's top manufacturers and satisfying customers with unmatched project success. 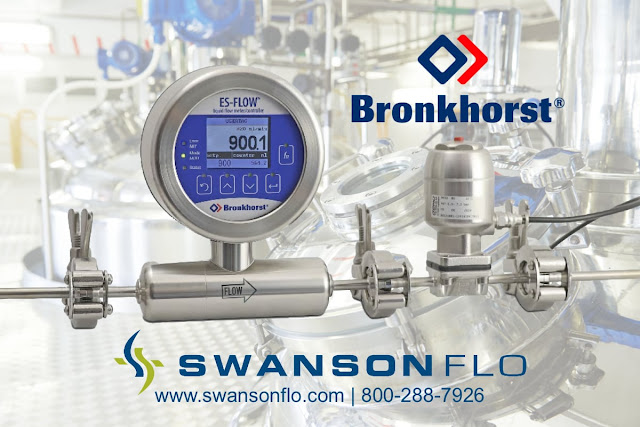 Bronkhorst presents their new generation of ES-FLOW Ultrasonic Flow Meters for low flow rates of water, additives, and other liquid substances. The improved flow meters measure volume flow from 2 up to 1500 ml/min with even higher precision, high linearity, and low-pressure drop, using ultrasound in a small-bore tube. The instruments are liquid-independent, thanks to the unique measuring principle, which accounts for the flow calculation's actual sound velocity. Thanks to the combination of a straight sensor tube with zero dead volume, the flow meter is self-draining. The flowmeter with orbital TIG-welded flanges is CIP or SIP cleanable and now meets 3-A sanitary standards for hygienic applications. More information at the Swanson Flo website here.

Jorlon™ is structurally modified pure PTFE. It is manufactured by a proprietary technique where PTFE layers are combined and formed in a unique process to reduce the creep and cold flow associated with conventionally formed solid, or laminated PTFE or Teflon.

Jorlon™ is featured in all of Steriflow's valve product lines:
Lifetime Warranty
Jorlon™ is warranted for a lifetime of use on our Mark 95, Mark 96, Mark 96AA, Mark 95AA regulators, MK978 Series control valves, J-series regulators, and the JSHM metering valve.

Customer Use
Since its inception, thousands of Steriflow valves with Jorlon™ diaphragms have been installed in systems which have been validated by the FDA.

Cycle Testing
Jorlon™ has been tested on a variety of Steriflow control valves on 45 psig (3 bar) continuous steam service to over 1 million full stroke cycles. One of those valves was further tested with an additional 100 Steam and vacuum cycles without failure.

Jorlon™ Material
Jorlon™ has been used by Steriflow for over 15 years. To date, not one valve has been returned due to diaphragm failure when operating within its use parameters. Jorlon™ has been nitrogen pressure tested to over 1200 psi without failure.